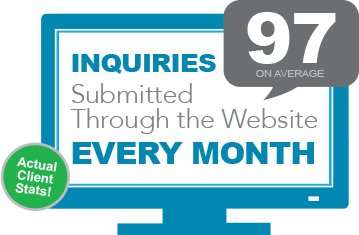 Most doctors care very sincerely about their patients.  There are some, however, whose compassion and concern extend beyond the usual doctor-patient relationship, to the point that many of their patients eventually also become friends.  Plastic surgeon Suzanne Yee falls definitively into the latter camp.

On the Internet, however, every doctor claims to be the friendliest, warmest, most respectful professional in his or her market.  Dr. Yee’s challenge was to find a way to raise her voice above the noise of the crowd, communicating to prospective patients those aspects of her personality that had made her so beloved among her current patients.  With her gift for rapport-building, Dr. Yee and social media proved to be a natural match.  In the year-and-a-half since launching her medical social media marketing campaign, her investment has paid off in the form of an increase in patients – and friends.

The Challenge: Making Sure a Friendly Voice in the Internet Wilderness Could Be Heard

To be sure, Dr. Yee’s credentials are impressive.  She graduated first in a class of 125 students from the University of Arkansas for Medical Sciences and holds certification from four major medical boards, including the American Board of Cosmetic Surgery and the American Board of Otolaryngology.  Her curriculum vitae lists more than two dozen awards and honors and nearly as many affiliations and fellowships with prestigious professional organizations.  On the basis of her experience, training, and education, there can be no doubting that Dr. Yee is a superb choice of plastic surgeon for patients in the Little Rock area.

Of course, having great credentials is only half the battle.  Patients rarely choose their doctors based on their professional and educational backgrounds alone.  Personality matters – yet personality can be one of the most difficult things to convey in a single biographical page of a website.

Yes, Dr. Yee is open, honest, and gentle; yes, she truly listens to the goals and expectations of her patients and provides a personalized approach to care.  Ultimately, however, these words – while accurate and appealing – fail to do justice to the finer points of Dr. Yee’s personality.  To truly experience what makes Dr. Yee different from any other plastic surgeon in the area, a prospective patient has to meet her, face to face, in a private consultation.

Or do they?  In 2011, Dr. Yee turned to Einstein Medical, hoping that we could help her communicate her distinct voice and vision to a wider range of prospective patients, giving them a true taste of her practice before they ever set foot in it.

The Solution: A Sociable Doctor Gets Social

You can never have too many friends, or so it has been claimed.  Over the past few years, Facebook and other social media outlets have put this theory to the test, making it easier than ever to find new friends while staying in touch with old ones.  Indeed, according to Facebook engineer Lars Backstrom, the average Facebook user has 190 friends.  Social media has crossed every conceivable boundary, transcending divisions of age, gender, race, religion, and socioeconomic status.  From junior high schools to retirement homes, it seems as though everyone is now social. 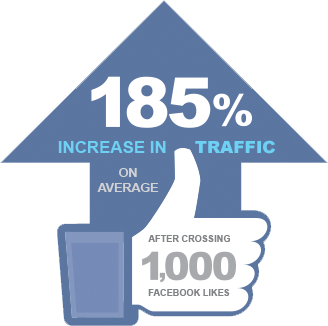 The one sector of society that was slow to embrace social media was business.  Among many executives and business owners, Facebook and other social portals were viewed as a fad, a playground for gossipers and pop-culturites.  Still, a few savvy, forward-thinking entrepreneurs were having great success exploiting the possibilities of social media, using it as a promotional platform with the potential to reach more consumers than television, radio, and print advertising combined.

At Einstein Medical, we knew that these pioneers were onto something, and we wanted our clients to benefit from the unprecedented market reach that social media promised.  We researched ways to simplify social networking for businesses, and in December 2011, we launched Social Broadcast™.  Social Broadcast™ made it possible for our busy clients, most of whom didn’t have the time or the resources to devote to social media, to maintain regular activity on Facebook, Twitter, and other social networks.

We recommended that Dr. Yee become one of our first Social Broadcast™ subscribers.  We were convinced that, by becoming more active in social networking, Dr. Yee would be able to present herself as the vibrant, knowledgeable, and – of course – friendly professional she was, both to her current patients and prospective patients.  This, in turn, would translate into increased traffic to her website and an overall higher rate of conversion. 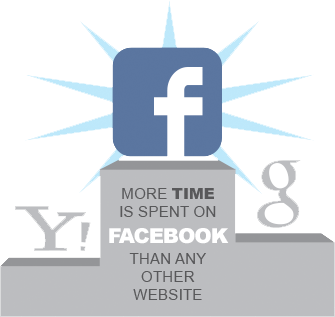 The numbers were on our side.  According to a 2012 report published by HubSpot, the average company experienced a 185-percent increase in traffic after crossing the threshold of one-thousand Facebook likes.  With a plastic surgeon as personable as Dr. Yee, we knew that it was just a matter of time before she reached – and shot past – the thousand-like mark.

2011 may not seem like that long ago, but in Internet terms, it’s an eternity.  When Einstein Medical first made Social Broadcast™ available, there were 1.22 billion social network users worldwide, according to an eMarketer report.  In 2013, that number has increased to 1.73 billion, en route to a projected 2.18 billion two years from now. 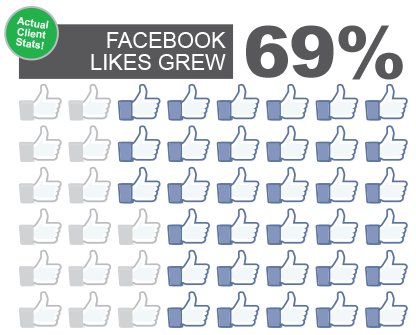 By entering into an aggressive social media campaign when she did, Dr. Yee was able to increase her Facebook likes from 694 in December 2011 to her current number of 1,172, a rise of 69 percent.  She routinely attracts prospective patients to her practice website by using her social media accounts to spread information about weekly deals, practice news, and financing options, in addition to the Social Broadcast posts published on her behalf.

Her social media campaign truly started gaining traction in September 2012.  Since that time, she has earned 342 of her 1,172 Facebook likes, and 28,000 unique visitors have visited her website.  Of this number, nearly 1,000 have contacted the practice.  In plastic surgery, a website that converts at a rate of higher than 1 percent is considered a success; Dr. Yee’s conversion rate of 3.5 percent is a true testament to the power of a well-rounded Internet marketing strategy, including a strong social media presence.

"The social media strategy created for my practice gets me in front of patients and keeps me there."

Since the launch of Social Broadcast™, Einstein Medical has expanded its range of social media offerings to include such products as Social Magnet™ and Social Stripe™.  Dr. Yee has taken full advantage of these products, and her Internet profile continues to rise as a result.

“I feel like social media has given people a chance to get to know me before they actually meet me in person,” she says.  “I’m not just an experienced plastic surgeon with good credentials.  I’m a real human being who really cares about people.  That makes a big difference in people’s comfort level when they come into the office for the first time.”

Perhaps you can never have too many friends in this world.  At the rate Dr. Yee is bringing new patients into her practice, she may soon be in a position to find out.