Beautiful Smiles Begin with an Open Heart By on July 15, 2013 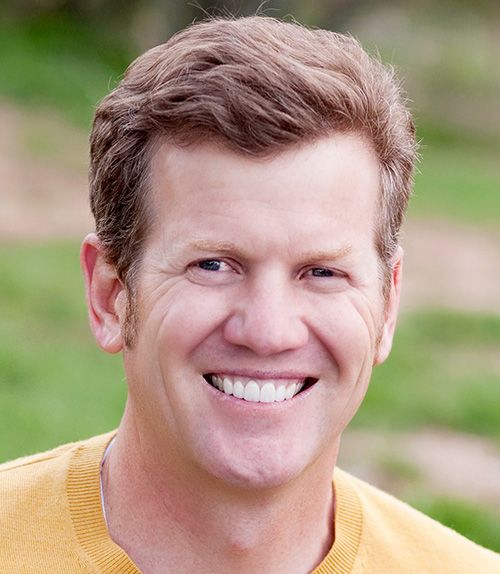 "The success of our website has enabled us to do more humanitarian trips." 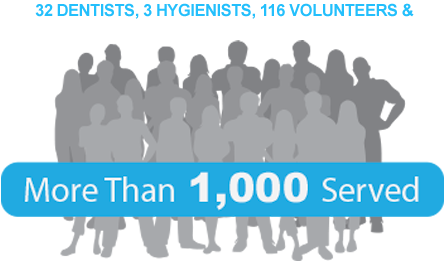 Some successes cannot be measured purely in numbers and statistics.  In the case of Dr. Patrick Tanner of South Ogden Smiles, however, the number 1,051 comes pretty close to doing the job.  That’s the number of teenagers he and his colleagues provided dental treatment to during a recent humanitarian mission to El Salvador.  It’s also the record for number of patients served during a single mission by Smiles for Central America, the charitable organization to which Dr. Tanner donated his time and services.

While an open heart and a giving spirit are essential to charity, money is essential to transporting thirty-two dentists, three hygienists, and dozens of other volunteers down to El Salvador.  To allow himself and his wife to participate in a trip of this magnitude, Dr. Tanner needed an increase in patients to his practice.  Thankfully, that’s precisely what his Einstein Dental website delivered.

The Challenge: Bring in More Patients, Do More Good for Others

Throughout his career, Dr. Patrick Tanner has been as devoted to improving lives through giving as through cosmetic, holistic, and preventive dentistry.  As a dentist, he figured, what better way to give than through his dental practice?  He chose to partner with the Smiles for Life Foundation, the children’s charity established by the Crown Council.  Each year through Smiles for Life, he donates 100 percent of the proceeds from the Zoom!® teeth whitening treatments he performs between March and June to children’s charities.  Half of the proceeds go to charities chosen by Smiles for Life, and the other half go to the Christmas Box House, an organization that helps abused children in his hometown of Ogden, Utah. 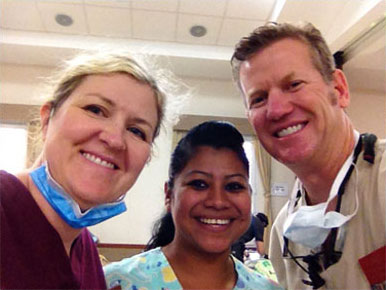 Dr. Tanner and his wife take a photo moment with staff

Dr. Tanner’s dream, however, was to expand his patient base to the point that he could afford to participate in humanitarian trips to countries where proper dental care is beyond the reach of most people.  He approached Einstein Dental in the hope that we could help him grow his practice so that he could do even more good for those in need. 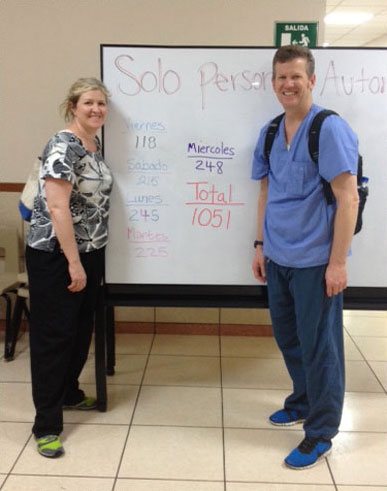 A tally board shows the total number of patients served

Dr. Tanner began 2012 with a practice website that had not changed significantly in the six years it had been online.  Its Flash animation and background music dated it to the middle of the previous decade, while the home page was somewhat cluttered, despite featuring little in the way of written content.  It was, in short, a serviceable website for 2006, but hardly the sort of website that would promote the practice growth that Dr. Tanner wanted to achieve.

By the end of 2012, however, Dr. Tanner had moved his website into the Lucid™ Content Management System.  This change alone helped to present South Ogden Smiles in a more modern and accessible light.  His new website was clean and open, and remarkably easy to navigate.  Just as importantly, it gave him a more spacious and inviting platform to present his practice to an Internet audience.  Beneath a slide show filled with bright, hopeful imagery, users could find the mission statement of the practice, a concise and engaging summary of what Dr. Tanner and South Ogden Smiles are all about.

Ultimately, the new website crystallized two of the most important principles of Internet marketing:

The true litmus test of the website’s effectiveness came when Dr. Tanner received an email from Smiles for Central America stating that the organization needed more dentists for its mission to El Salvador.  Upon reflection, he realized that – yes – he could afford the nearly $7,000 it would require for he and his wife to head to South America.

The Result: 1,051 El Salvadorian Youths with Good Reason to Smile

It didn’t take long for Dr. Tanner’s improved Internet presence to pay dividends in the form of new patients.  Within five months of launching his Lucid™ website, he reported his “best November in years, mostly because of new patients from the Internet.”

Just five months after that, with new patients continuing to walk through his doors after visiting his website, he and his wife found themselves nearly 3,000 miles from home, celebrating their 23rd wedding anniversary by treating twelve to fifteen El Salvadorian youths a day.  Some needed just a couple of fillings, while others required major treatment to salvage their natural teeth.  Nearly all of them had never visited a dentist even once in their lives.  By the end of the mission, the Smiles for Central America team had performed roughly $2 million worth of dental work.

The smiles of the people Dr. Tanner helped, however, were beyond measurement in dollars and cents.

"Since the redesign, I've had some of the best months in new patients, referred directly from our website."

“After cleaning the teeth of one boy, he asked to see himself,” Dr. Tanner said.  “I had forgotten my hand mirror, so I snapped a picture on my iPhone and showed it to him.  He beamed from ear to ear.  ‘How do I keep it this way?’ he asked.  I gave him a hygiene kit and showed him how to use it.  He was incredibly grateful.  It is so much fun to be able to give and not have to ask for anything in return.”

Next year, Smiles for Central America will be traveling to Honduras for its spring mission.  This time, the entire South Ogden Smiles team wants to accompany Dr. Tanner and his wife.