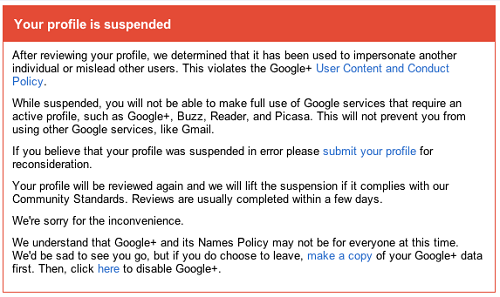 On Friday, October 26, Google suspended Google+ accounts of many users, affecting participants in the company's Authorship program.  The move was made in order to address instances of identity theft and unauthorized impersonation. There have been numerous reports recently of improper account activity. Most recently, on October 25, a search engine optimization company impersonated high-profile SEO experts in order to improve its stature and rankings.

This measure by Google emphasizes how seriously the search engine giant is taking its Google+ and Authorship programs. In trying to filter out as many fraudulent accounts as possible, the move has affected many legitimate accounts. Google acknowledges this and is allowing Google+ members to appeal their suspensions.

For professionals whose accounts are handled by reputable SEO companies such as Einstein Medical, these mass suspensions will not negatively affect their long-term SEO or Authorship strategies. Authorship photos affiliated with suspended accounts will temporarily be removed from search results. Once an account has been reviewed and confirmed as legitimate, the photo will be reinstated.

Your suspension simply means that your account was caught up in the same sweeping action as many other legitimate accounts.

What should I do if my account has been suspended? 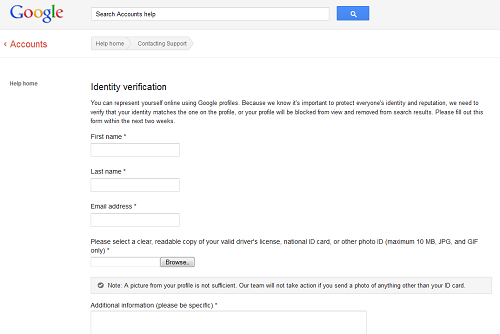 Google wants to verify that you are who you claim to be. To do this, Google is requesting that you provide a clear, legible copy of your driver's license or another government-issued photo ID card. Google will not accept any other form of identification as part of its review process.

You will have two weeks to verify your identity using the form pictured above. However, we highly recommend that you submit your ID card as soon as possible, as the Google review process could take two or more days to complete. The sooner you confirm your identity, the sooner your account will be reinstated.

Once your account is active again, your Authorship photo will return to your search results. You will also once more be able to participate in all of the services that require an active Google profile. Your temporary suspension will have no negative effect on your Google+ account or Authorship status going forward. It should also have no bearing whatsoever on your Google rankings. 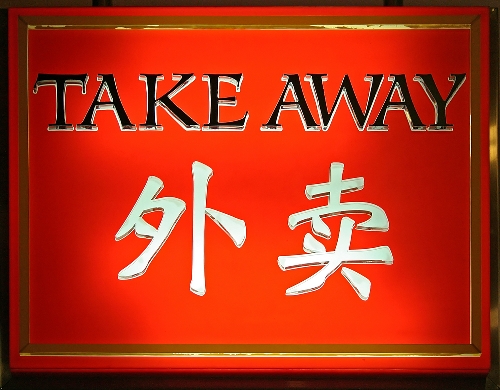 As we stated in a previous blog post, Google Authorship is going to be an essential component of any successful Internet marketing strategy in the near future. This most recent measure to authenticate the identities of Google Authors reinforces this idea. The mass suspensions are similar to actions taken by Twitter to verify accounts. Twitter users who confirmed their identities by providing copies of photo ID cards were rewarded with a blue badge. Now, when you see this badge on someone's Twitter profile, you know that this person is who he or she claims to be.

What does this mean for you and your practice? Potentially only good things.

If you are an Einstein Medical client, you can rest assured that your Google+ account has been in good, clean hands. Once your account has passed Google's review, your online reputation will be stronger than ever. When Google users see your Authorship photo in the search results, they will know that you are an honest, trustworthy professional and a member of the online community in good standing.

In terms of your competition, you will not have to worry about fraudulent Google Authors attacking your practice with negative reviews. Likewise, it will be nearly impossible for anyone to create an account in your name and use that account to harm your reputation. Accounts that cannot be verified will be permanently deleted, and the Authorship photos associated with these accounts will disappear.

If you are not an Einstein Medical client, you will want to make sure that your SEO company has not taken any undue liberties with your Google+ and Authorship accounts. Be sure to question them about how Google's latest actions will affect you and your practice. The future of your SEO marketing strategy could depend on their answers.